Firstly, just wanted to say Fig is a real stand up guy. Wadd, haven't talked to you yet, nice to meet you. If these guys say something cool is coming then it is, period.

Mystery clean module, only one of several that are incoming.

Fig has a history of craving the ultimate clean module.

Large number of Salvation Mods shipped to Fig. I would guess Fig has owned some of these at one time or another

SM says it's for a special purpose and details to follow. Looking at the stack there's several modules that have a backup and even 3 of the markus and camerica.

Both Wadd and Fig have done some level of work on modules.

From the evidence, there's certainly a joint business venture of some kind. I would say it's a strong possibility that they are America's SM shop. Perhaps having built and ready to buy modules. The mystery clean sounds Fender spanky to me. That may be due to the Fig Paul.

Whatever it is guys, looking forward to it

Some random guesses based on nothing:

* a 500-series style MTS frame for recording. that could be cool. Balanced line out to your interface, power & cab IRs in your DAW and away you go.

* an amp mod that lets you cascade your modules. So an RM100 will effectively have 9 EQ knobs, 4 volume knobs, however many gainstages (6 or something?) and will sound like a sickening mess of hot garbage. But you'll finally be able to run three different high gain modules at the same time & into each other, just like you never knew you wanted
Top

Thank you guys! Very kind words and your support is sincerely appreciated!!!

For the record, the mystery clean also had a video minus the Fig Paul - https://www.youtube.com/watch?v=UmFpp0f_3Yk

I like those ideas VitaminG. I still have a Peavey Express (Bandit) 112.

I recall there being a way to involve all the modules in an RM100 with midi but as you said it would likely be garbage - never tried it. Think the modules have 4 gain stages possible.

Fig, oops you're right... If things are dialed in the same, the module takes both guitars and pickups all very well. I'm partial to part2's warmth and the Fig Paul's variety of tones.

Not for sale, but I will gladly let you borrow it

edit: Basically an RM20H, but with the can-use-pretty-much-any-power-tube ability of an RM50 or 100. And with the slot at the bottom of the shell instead of the top. 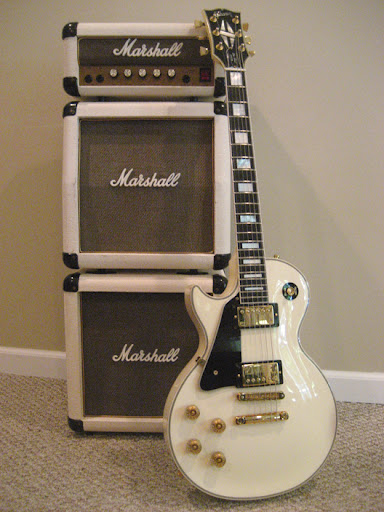 Whatever you guys are making, it needs big boobs...really big boobs!
Good Deals- Just ask around

We have our thinking caps on Ross!!!!
Matt Fig -
MotorCity Mods
www.motorcitymods.com

I can tell you that what i heard last night.... definitely has huge balls!
Top

Johnny Wadd wrote:I can tell you that what i heard last night.... definitely has huge balls!

That was just me walking down your steps...
Matt Fig -
MotorCity Mods
www.motorcitymods.com

You guys have what... 3 weeks to deliver? Pressure is on!

On a side note, how about a hint on whether or not you plan to address the shitty Randall effects loop?
Top