by ned
A little Who humor

Grabbed a pair of Rebel 112X cabs for the wets. Theory is if everything matches then the wife won't care as much

Right now I'm running the Mod 50 combo dry with a PDI-09 The Junction in the back (I installed this into the back panel when I gigged with the Mod. 50 about 10 years ago). This is currently feeding an iStomp loaded with the Coral pedal for detune. iStomp feeds a DD-2 and a DD-3 (MIJ) which go into the ancient Randall RRM-2 80. I call this the Van Halen ghetto rig. Right now the Mod 50 is loaded with the VX and SL modules.

Over the weekend I'll probably incorporate the Rocktron Rack Interface, the GSP1101 and probably the H9. I also have a Ibanez EPP400 switcher coming and the dual channel RM4 midi module so the RM4 will get added soon as well. 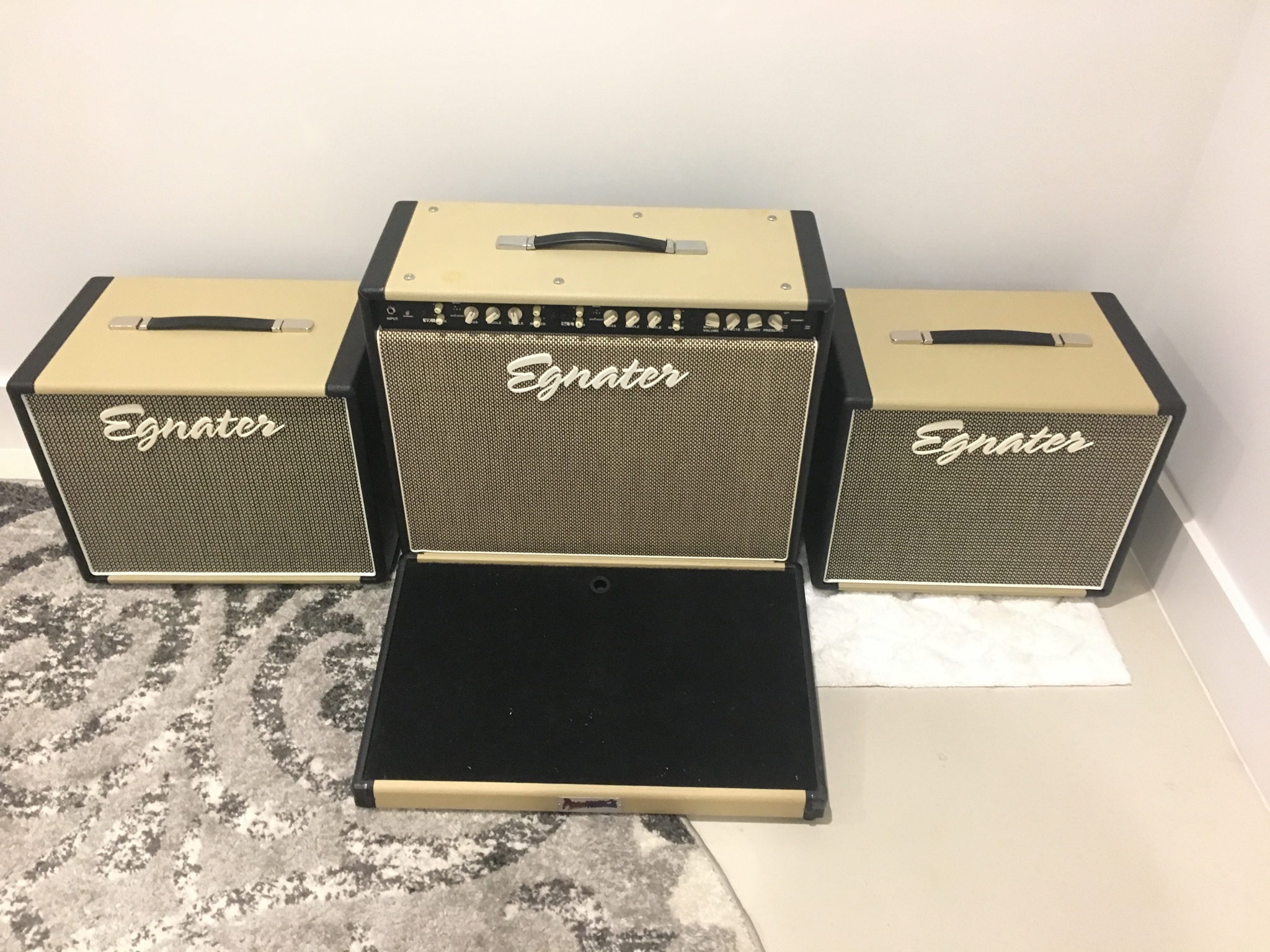 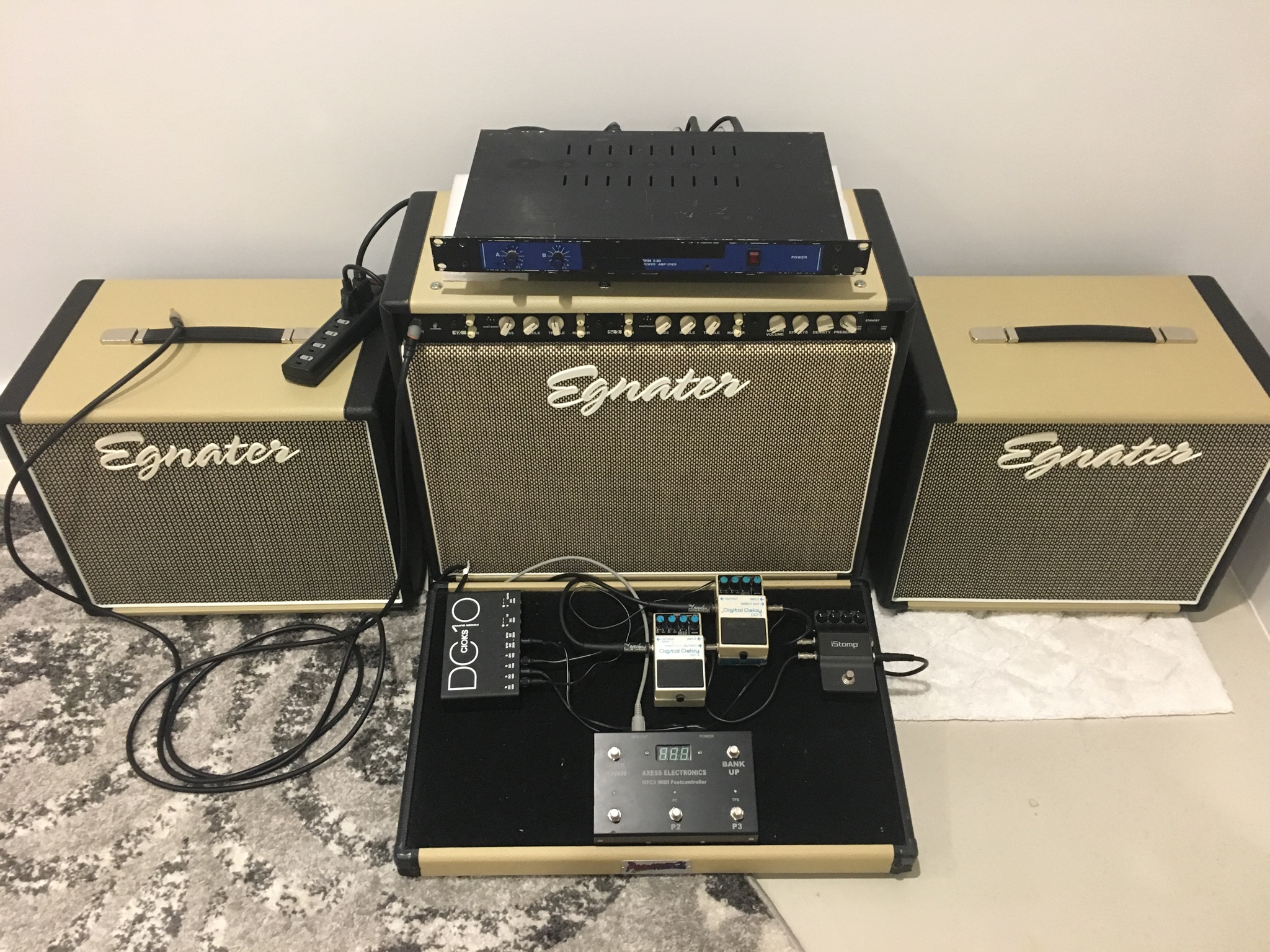 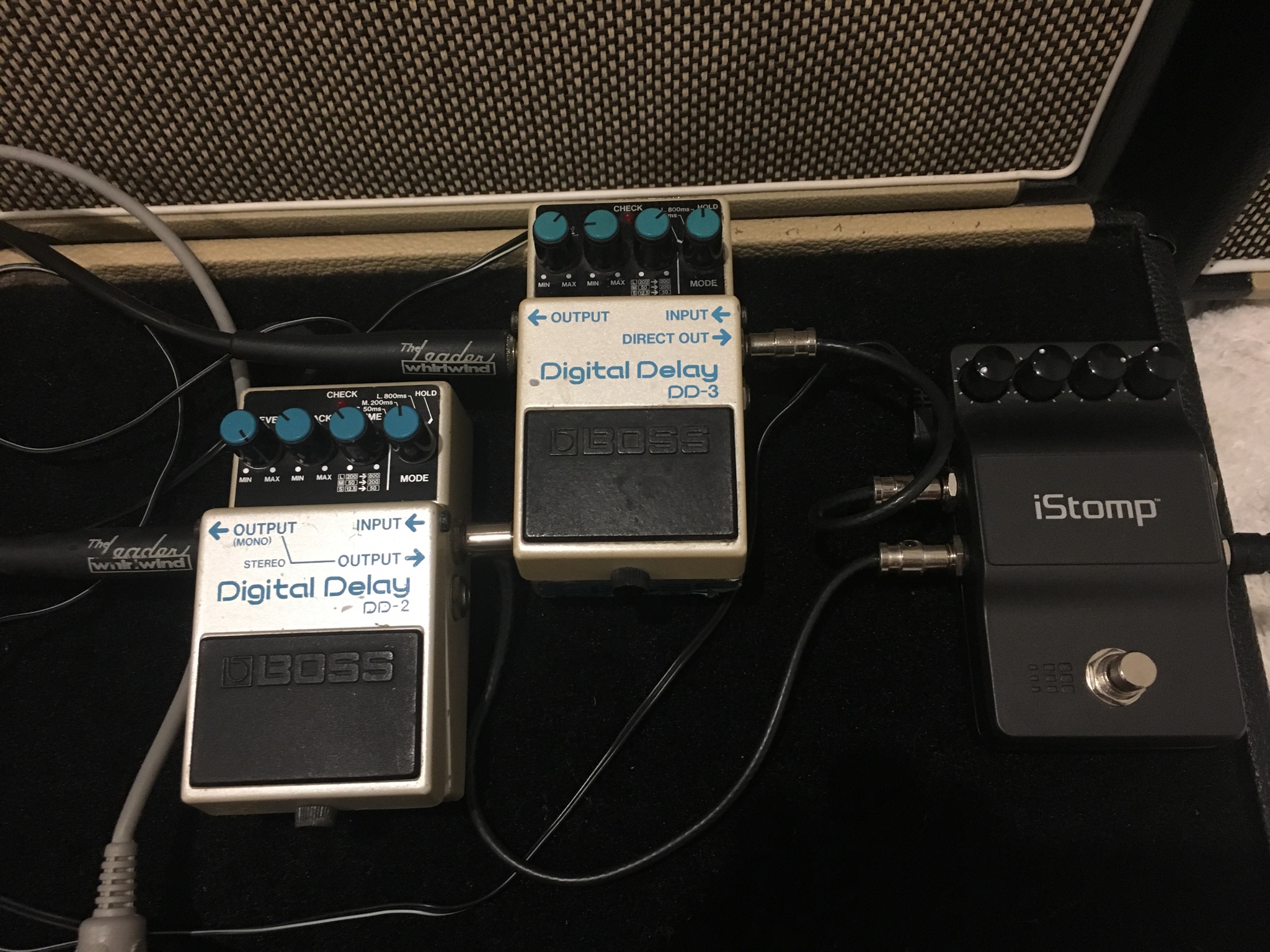 Re: Meet The New Rig (same as the old rig)

by ned
Tried adding the Rocktron Rack Interface into the mix mainly to use the mixers. Appears to be an issue with the unit as the mix 1 doesn't appear to allow signal to pass in which then causes the unit to shut down. Going to try different inputs today, there are 4 stereo pairs for each mixer.

But so far with just the pedals everything is sounding great.

Update: Even though the Rack Interface says 9VAC I decided to try it at 12VAC which solved all the problems. Probably should have noticed where I had it plugged into the Pedal Power AC before I removed the connections